Sleep apnea is a condition that involves abnormal breathing patterns during sleep. The recurring breathing obstruction episodes and sleep interruptions can lead to drowsiness. The sleep fragmentation pattern causes decreased oxygenation and chronic fatigue. Sleep apnea affects people of all ages. The risk factors include: 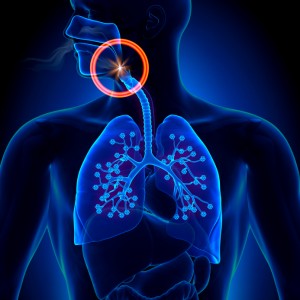 Radio Frequency Ablation (RFA) is a non-invasive treatment that works by forcing the tongue to heal and shrink.

Sleep apnea is not just snoring. You actually stop breathing up to 400 times throughout the night when you have the condition. Those interruptions can be taxing on your mind and body. The most common type is obstructive sleep apnea and it happens when your tongue, tonsils, or other tissues in the back of your throat block the airway. How can you determine if you have it? The only way to know you have sleep apnea is to participate in a sleep study in which a test records what happens while you sleep. Some of the common warning signs are:

There are OSA self-care strategies that have the added benefit of improving your overall health. Losing weight, even a modest amount, can improve sleep apnea. Limiting alcohol intake and quitting smoking are also helpful because both habits can make the condition worse. Other good strategies include eating a healthy diet, tending to allergies and developing a good sleep routine.

Radiofrequency ablation(RFA) is a OSA treatment. The procedure directing small bursts of energy toward tissue to produce a scar. It jump-starts your body’s natural healing process and rejuvenates the overall health of the treated area. A doctor initially performed the procedure in a hospital operating room in 1997 and the patient was put under general anesthesia. Currently they use a local anesthesia and perform the treatment in a medical office. The doctor directs small amounts of targeted radio frequency energy to the back of your tongue with a non-invasive device. The tissue tightens and shrinks in size as it heals and your tongue becomes less likely to obstruct your airway during sleep. You may require multiple treatments to achieve the desired results. The main benefits are:

Unlike other obstructive sleep apnea surgeries, the radio frequency ablation procedure has a much shorter recovery time and significantly less post-operative pain. The recovery time for other OSA surgical procedures is usually several weeks with the accompaniment of prescribed medications, while the recovery time for a radio frequency ablation procedure is only a few days with an over-the-counter painkiller suggested, if needed. This procedure has shown consistent positive results as being a sleep disorder cure for obstructive sleep apnea. Sleep apnea often goes undiagnosed because doctors usually can’t detect the condition during routine office visits. Also, no blood test can help diagnose the condition. Untreated sleep apnea can:

Most people who have sleep apnea don’t know they have it because it only occurs during sleep. A family member or bed partner might be the first to notice the warning signs. Sleep apnea is a chronic condition that requires long-term management. RFA, lifestyle changes, mouthpieces, and breathing devices can successfully treat sleep apnea in many people.