How can I suspect apnea in a bed partner?

The most commonly observed sleep patterns are loud snoring, choking, and snorting during sleep.  Other symptoms can include:

Am I at risk or is someone I know at risk?

What symptoms can Sleep Apnea cause? 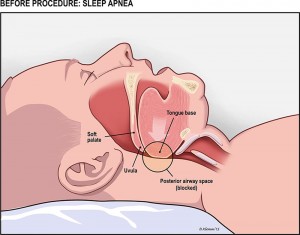 What factors contribute to Apnea?